We are working on DJELIYA, a tale-inspired performance where circus (acrobalance) meets dance meets live music.

Three artists hailing from Sweden, Chile and Belgium meet to develop an acrobalance trio which, together with a Belgian musician, will tell a positive and rousing story inspired by tales from all over the world. 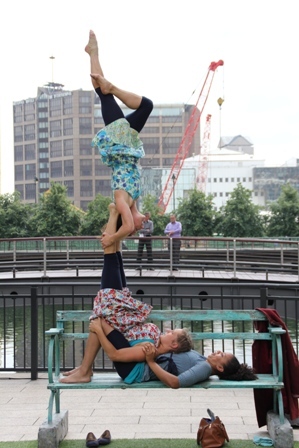 The Bench, acrobalance trio with Rebecka in the centre

Without words, no more borders: our project consists of creating a tale of movement and music, which goes beyond cultural differences.

Arts for everyone: our goal is to perform DJELIYA in places where the arts usually don’t go (remote villages, precarious places, parks, …), and to tell our stories to children (as well as  adults) from all over the world. 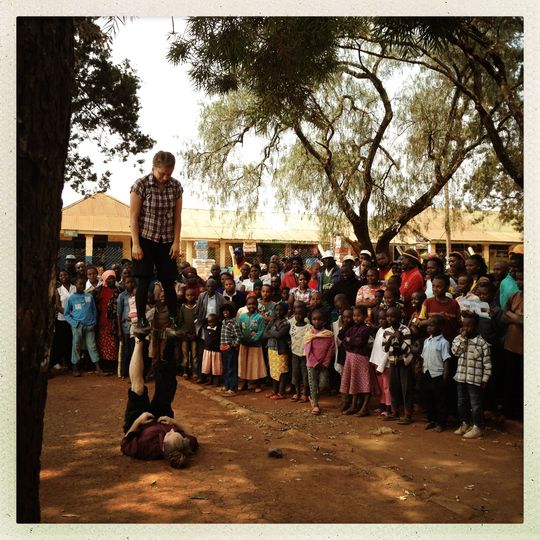 Les Errants (The Walkers) in Kenya, touring with Clowns Without Borders

For immemorial times, tales have been used as a vehicle to convey messages that can help us face and overcome obstacles that life throws at us.

They offer a perspective for us to persevere and face each of those obstacles with courage. If we believe in this ancestral wisdom, life is an amazing gift which is worthwhile investing in.

We like this optimism and are basing our piece on it.

During our research for this new piece, we met the Kora, a West-African harp used by griots (custodians of oral tradition) to transmit their knowledge in the form of stories and tales. Therefore to us, the Kora seems to be the music instrument of tales par excellence. 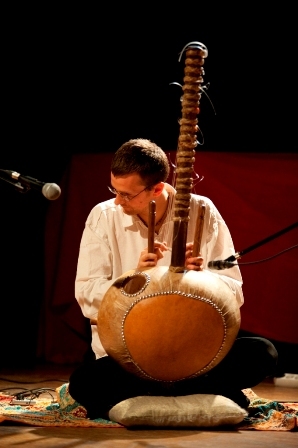 A circus artist as well as dancer and explorer of the world through humanitarian projects (Clowns Without Borders, HipCirqEurope, …), Rebecka is the project’s leader (www.circusbyme.com).

Trained the Kora in Mali and singing in India, currently involved in several projects (folk, singing, dance). His work focuses on the connection between music and bodies (https://soundcloud.com/korarmonie).

Flyer and coordinator of Diminuto Circus company in Chile. She organises the South American part of the project by inviting the teamto Santiago de Chile (www.diminutocircus.cl).

He is a base and a Kora player and coordinates the logistical aspect of the project as well as designing its conceptual shape. (www.weaveness.org).

Overview of the project’s programme:

Third and last artistic residency in Uddevalla, Sweden & Premiere of our performance at the Regionteater Väst.